The role of an Relevant Person’s Representative (RPR)

Overview of the role

A Relevant Person’s Representative (RPR) is a person appointed to someone who is deprived of their liberty in a Care Home or Hospital. Often this is a relative or close friend, but in the case of someone where there isn’t a potential candidate, this can be a paid RPR. York Advocacy Hub provides this service.

If you think someone you know should have an RPR, or is being deprived of their liberty in a care home or hospital and needs one then speak to either the Care Home manager or the ward manager/unit lead and ask them to put complete a ‘DOLs’ or deprivation of liberty safeguards form. This goes to the ‘Supervisory Body’ which is the local authority where the person is based, or where the person has moved from/lives now.

The Role of the RPR

The European Convention on Human Rights requires, among other things, that anyone deprived of their liberty has a way of appealing against it. When someone is sentenced in a court of law there is a recognised appeals process and access to a lawyer to help them. Likewise, people confined under the Mental Health Act, because they are a danger to themselves or to others, have access to tribunals and regular reviews.

The Deprivation of Liberty Safeguards (DOLS) is designed to bring the same rights and protections to the large numbers of people who need to be in a safe place but who lack the capacity to consent to be there. They are usually people with a cognitive impairment such as dementia or a learning disability, although people in a coma or persistent vegetative state would also be included.

The person deprived of their liberty is described in the Deprivation of Liberty Safeguards as the Relevant Person. To comply with Human Rights legislation, they are required to have someone to represent them.

This is the Relevant Person’s Representative (RPR). The RPR must be independent of the Managing Authority (the care home or hospital) and independent of the body which authorises the DOL. They can be, and often are, a close relative or friend, but they must accept the role voluntarily. A husband or wife, for example, cannot be forced to be an RPR if they do not wish to be. If there is no-one else to take on the role, a professional (paid) RPR will be appointed.

The RPR has the right at any time to ask for a review of the Deprivation of Liberty Authorisation and can approach the Court of Protection on the Relevant Person’s behalf, to challenge the authorisation in Court, if necessary. They have an automatic right to legal aid for this purpose.

The RPR does not take the place of a relative and does not provide a “blue light” service. They do not need to be given a blow by blow account of a person’s daily life, but they must be made aware of significant changes in the relevant person’s circumstances, which might affect the conditions under which they live and are deprived of their liberty such as going to hospital, a safeguarding concern, a new medical diagnosis, advance care planning or a plan to give covert medication, change of accommodation and the death of the person.

The Duties of an RPR

The Code of Practice to the Deprivation of Liberty Safeguards states (paragraph 7.2):

The role of the relevant person’s representative, once appointed, is:

The RPR will also ensure that the care someone is receiving is appropriate to the deprivation,and raise any concerns that they feel have been highlighted in their visits. 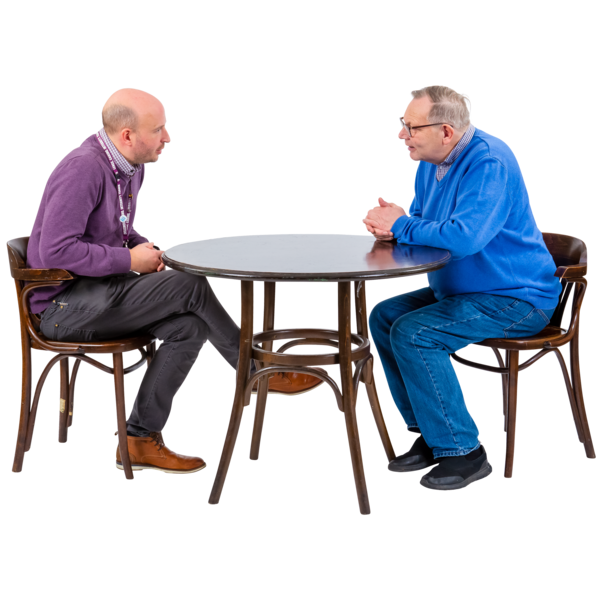